In Words Matter: Communicating Effectively in the New Global Office, co-authored with Professor Sirkka Jarvenpaa of the McCombs School of Business, Keating explains in accessible language why communications in virtual meetings between transnational partners can routinely break down, even when all parties are fluent English speakers. One study of corporate managers found that one out of five projects fail primarily because of ineffective transnational communication, resulting in losses in the millions of dollars.

Many people assume that if everyone speaks English (a common language of international collaborations), information will be shared seamlessly and without misunderstanding. But is that really true? Keating and Jarvenpaa show, based on their research on virtual teams on four continents, how contrary to common assumptions, language is never neutral. It is heavily influenced by the culture we grew up in, and our word choices can often result in unintended meanings when we communicate with people who grew up in different surroundings. The end result of misunderstanding is lost time, lost money, and even discord among those involved. 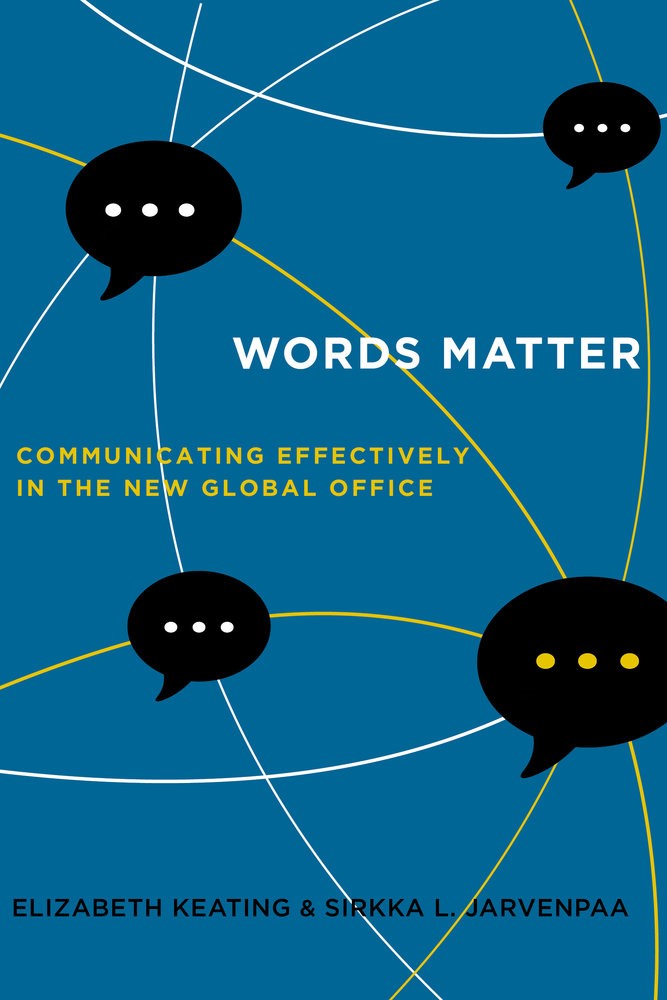 “Words Matter addresses a core problem of real global interest—the common miscommunication associated with mediated collaborative work across national speech communities. Given the proliferation of such transnational groups, it is clear that the assumptions individuals bring to their business interactions—cognitive, emotional, personal—provide a rich and significant nexus for recognition, exploration, and for changing minds and practices. The authors write with spirit and insight. This is a very engaging read.”

“Words Matter is a great resource for anyone involved with global or remote teams. . . .The solution lists in each chapter are lights along the path which provide a better communication strategy, no matter the size of your business or its goals. I strongly recommend this book for leaders in today’s global technology ecosystem. . . .”

“This well-written, thoughtful book is geared towards business men and women who work in global teams, offering linguistic anthropological insights into how they might improve their cross-cultural communication and avoid mishaps. Miscommunication is often so frustrating and opaque when you are in the middle of it. These authors use succinct and to-the-point examples to illustrate how and why miscommunication in global workplaces happens so easily, and so frequently. The authors provide superb analytical tools and thoughtful suggestions for improving communication across cultures and continents.”

—Ilana Gershon, author of The Breakup 2.0: Disconnecting over New Media